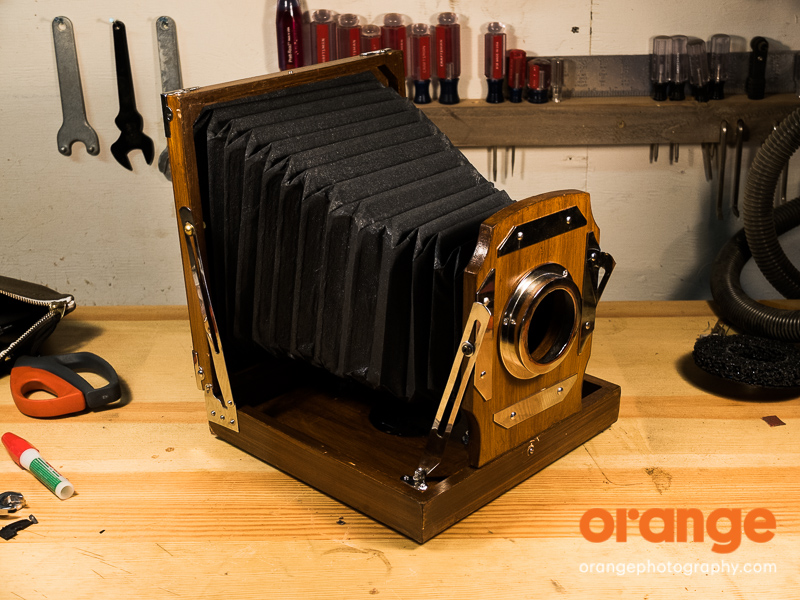 Recently, we have gotten a few requests for vintage-looking cameras or a vintage photo booth rental. We decided it might be a fun project to figure out a way to make this happen. Luckily, I have a handy boyfriend who was able to help out.

To begin, we purchased a decorative vintage-looking camera shell online. It was never a working camera, but was simple in design and had enough room inside to place a small DSLR. The second step was to figure out how to mount the DSLR inside as well as mount the camera on a standard tripod. 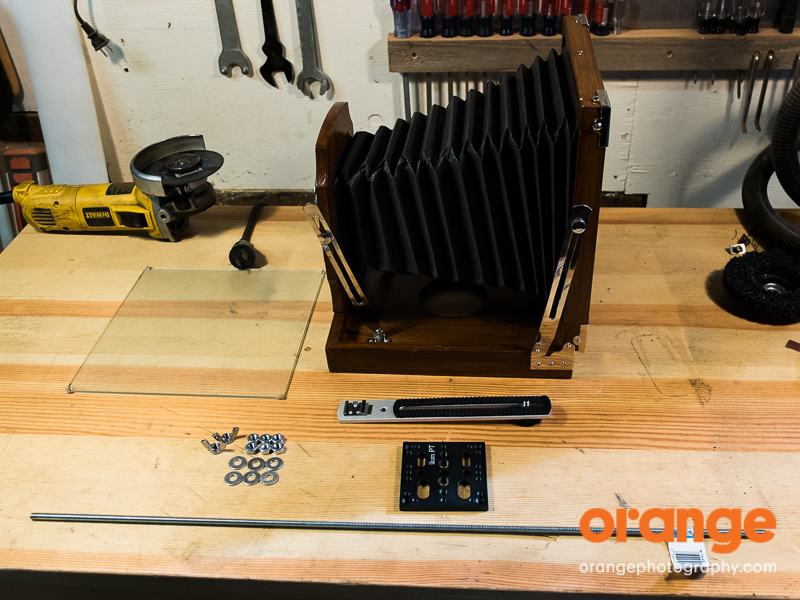 We removed the mount that came on the camera and took out the glass back. We purchased a cheeseplate to act as the new tripod mount and used an old flash mount we weren’t using as the main slider for the camera. This way it can be moved back and forth depending on focal length. Assorted washers, bolts, screws, and a threaded rod would be used to place the flash mount inside the bellows of the camera. 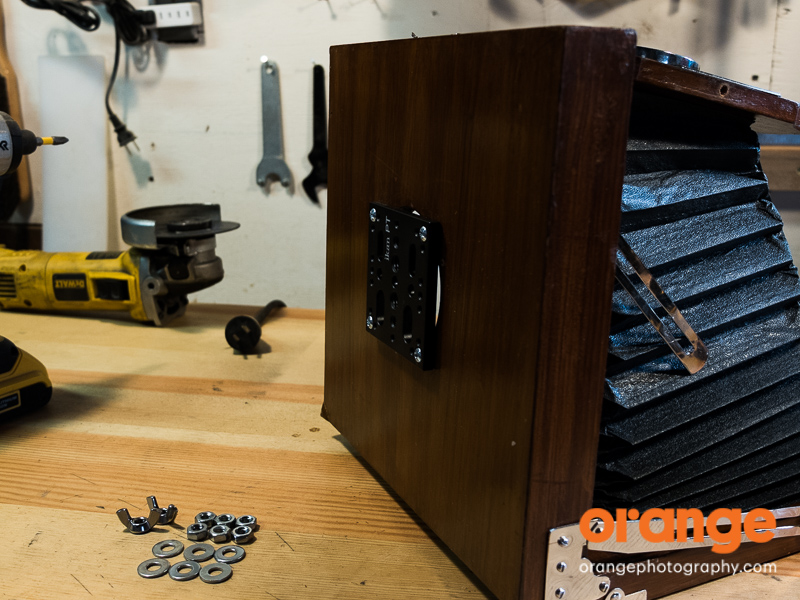 Since the camera was originally just a decorative piece, we made it a bit more sturdy by replacing the thumbscrews, that allowed it to open and close, with an actual screws and washers. 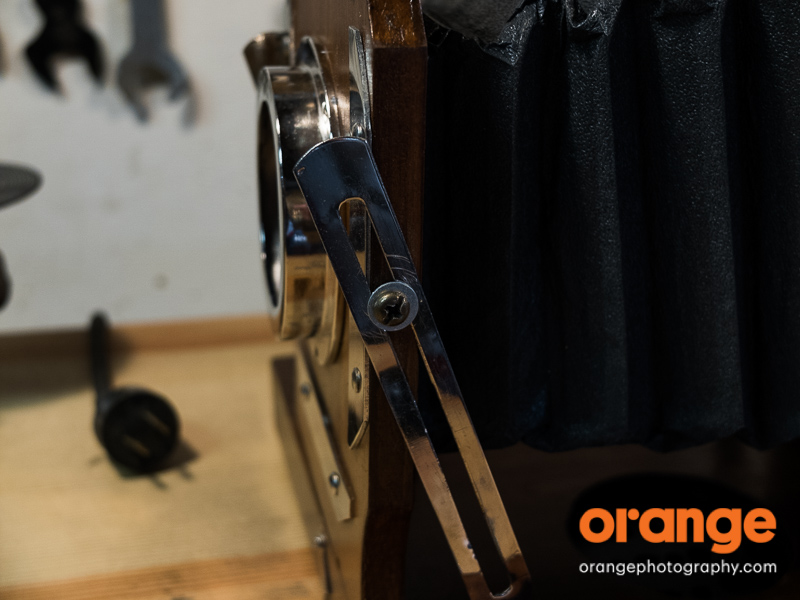 We then cut the bottom of the bellows for easier access inside the camera and to give us room to float the camera mount inside. We cut the threaded rod and bolted it to the existing flash mount. 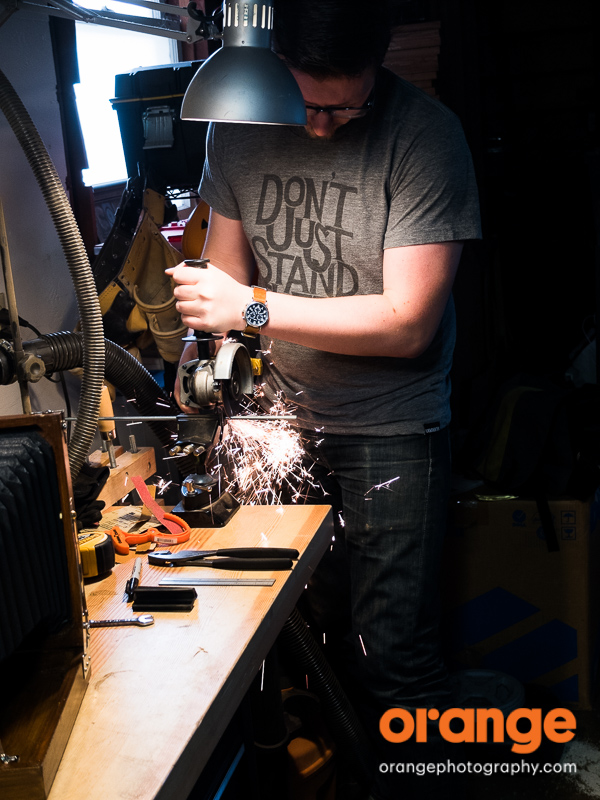 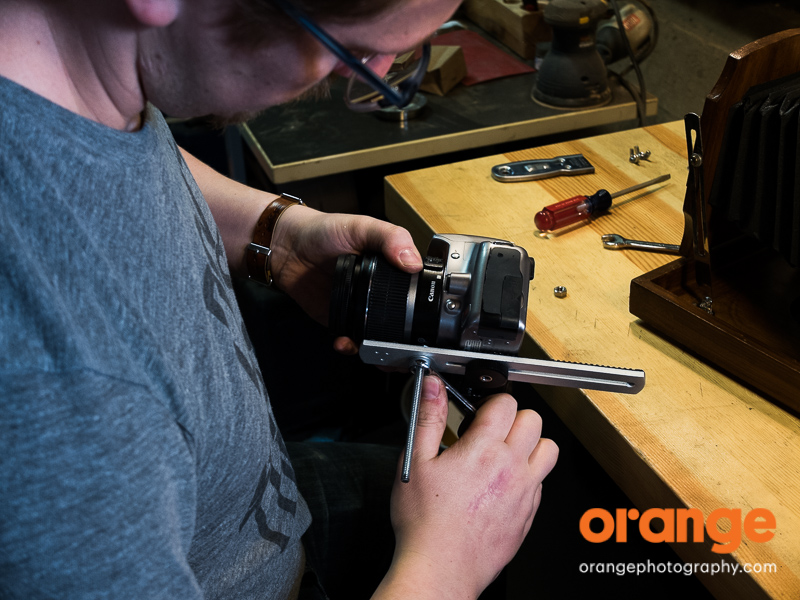 We cut a second rod to place at the back of the flash mount, so the camera would be braced in two places. We then placed the mount inside of the bellows to see where the bolts met the wooden bottom of the camera base. We marked where to drill from there. 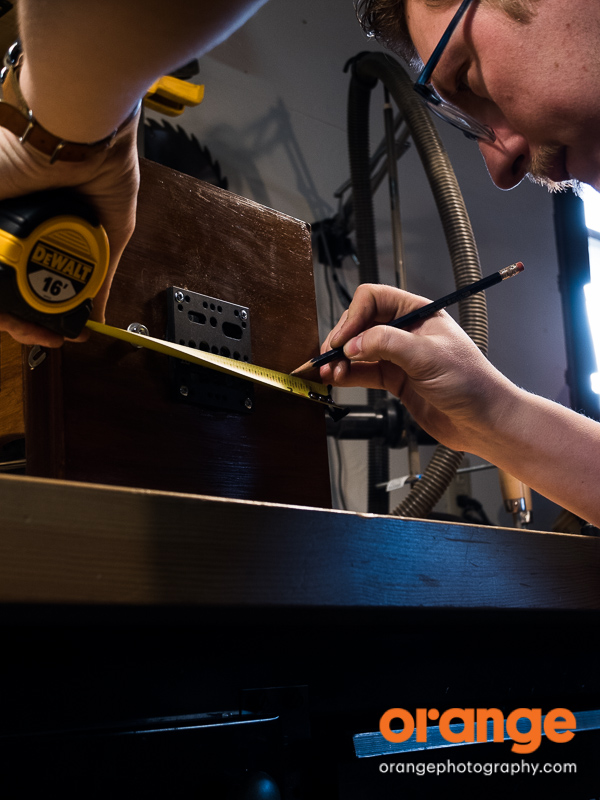 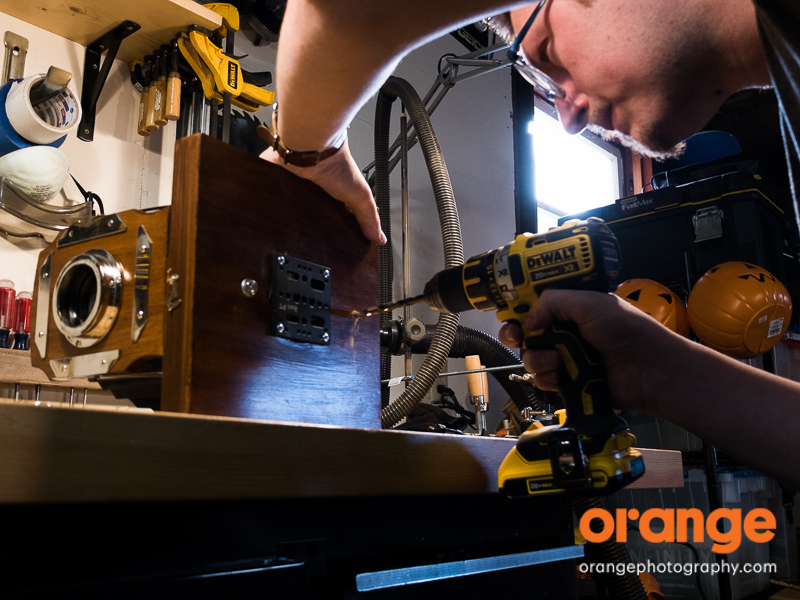 Finally, the mount was inside the bellows and braced to the bottom of the camera in two places. We were able to reach inside and screw the camera onto the mount using the camera screw that was already on there. 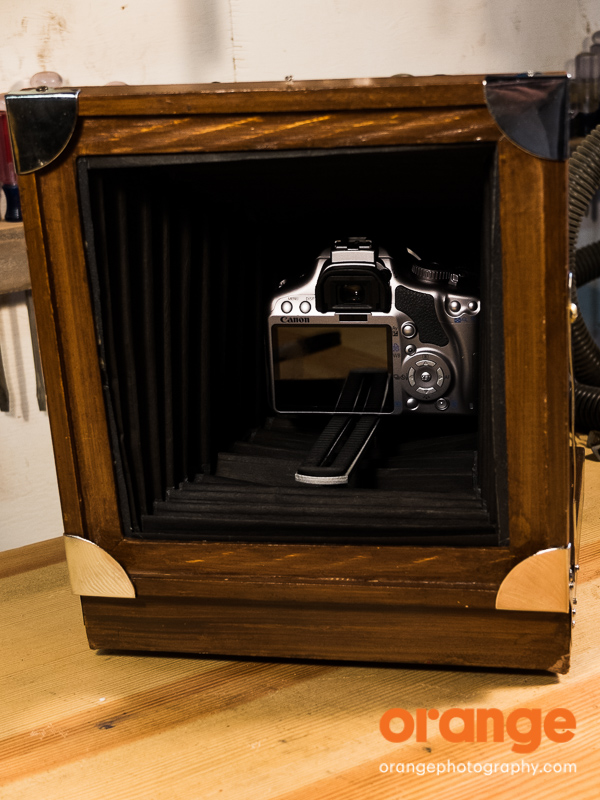 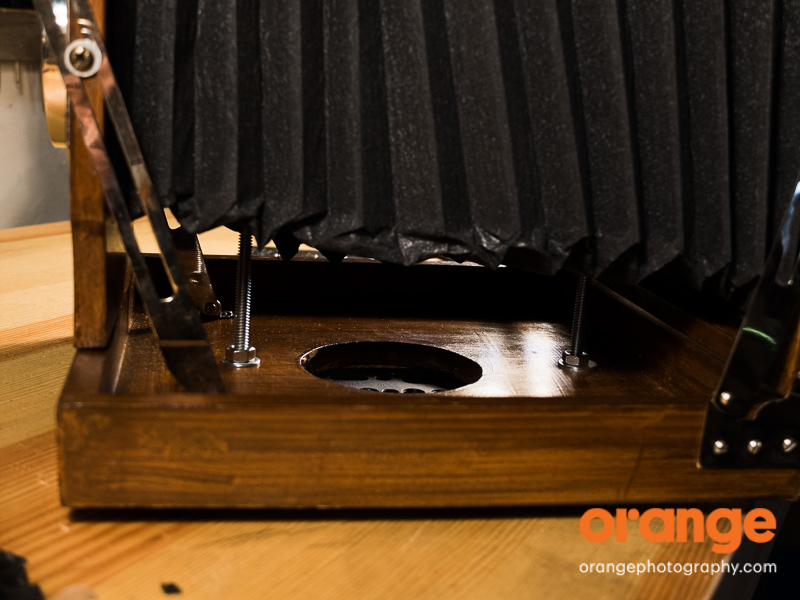 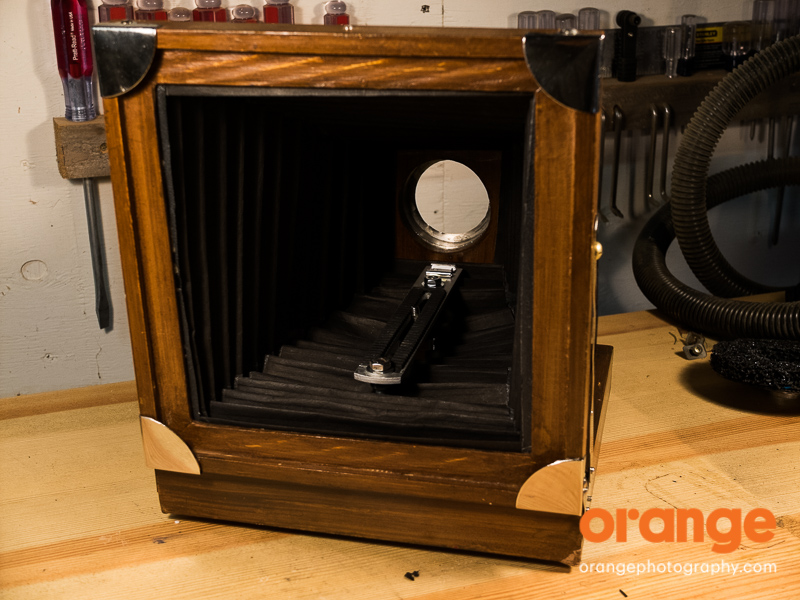 Lastly, to secure the front (which was at one time collapsable) we sanded down the varnish and added some wood glue to keep it in place. 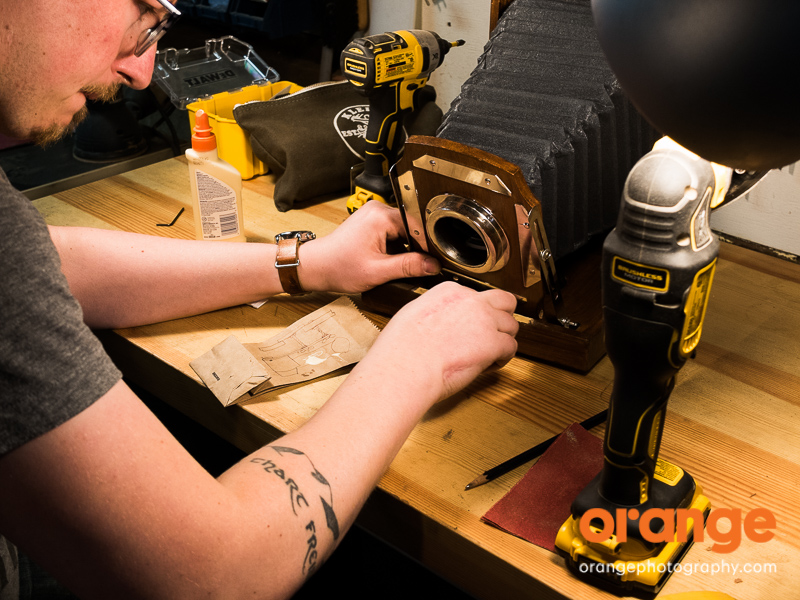 We look forward to experimenting with the finished piece and adding a vintage feel to future photo booths!  Contact us if you are looking for a vintage photo booth rental today! 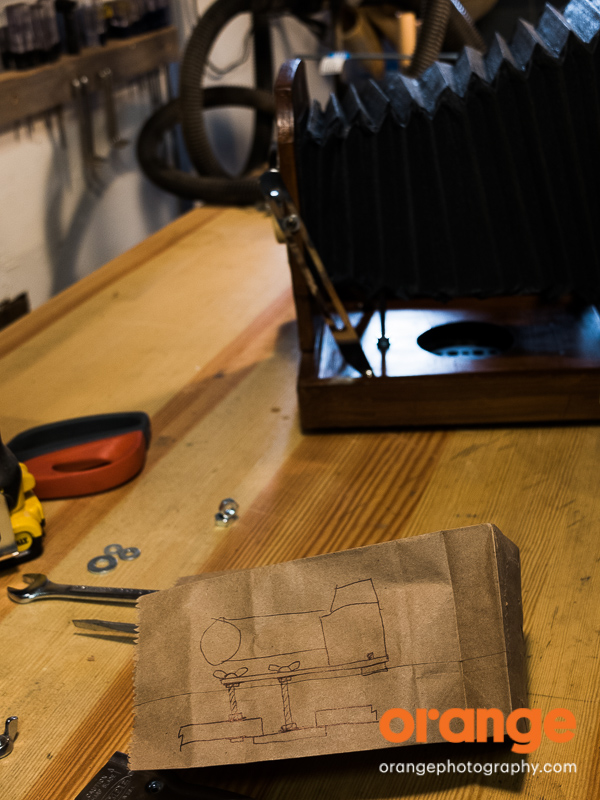 the design for our vintage photo booth rental