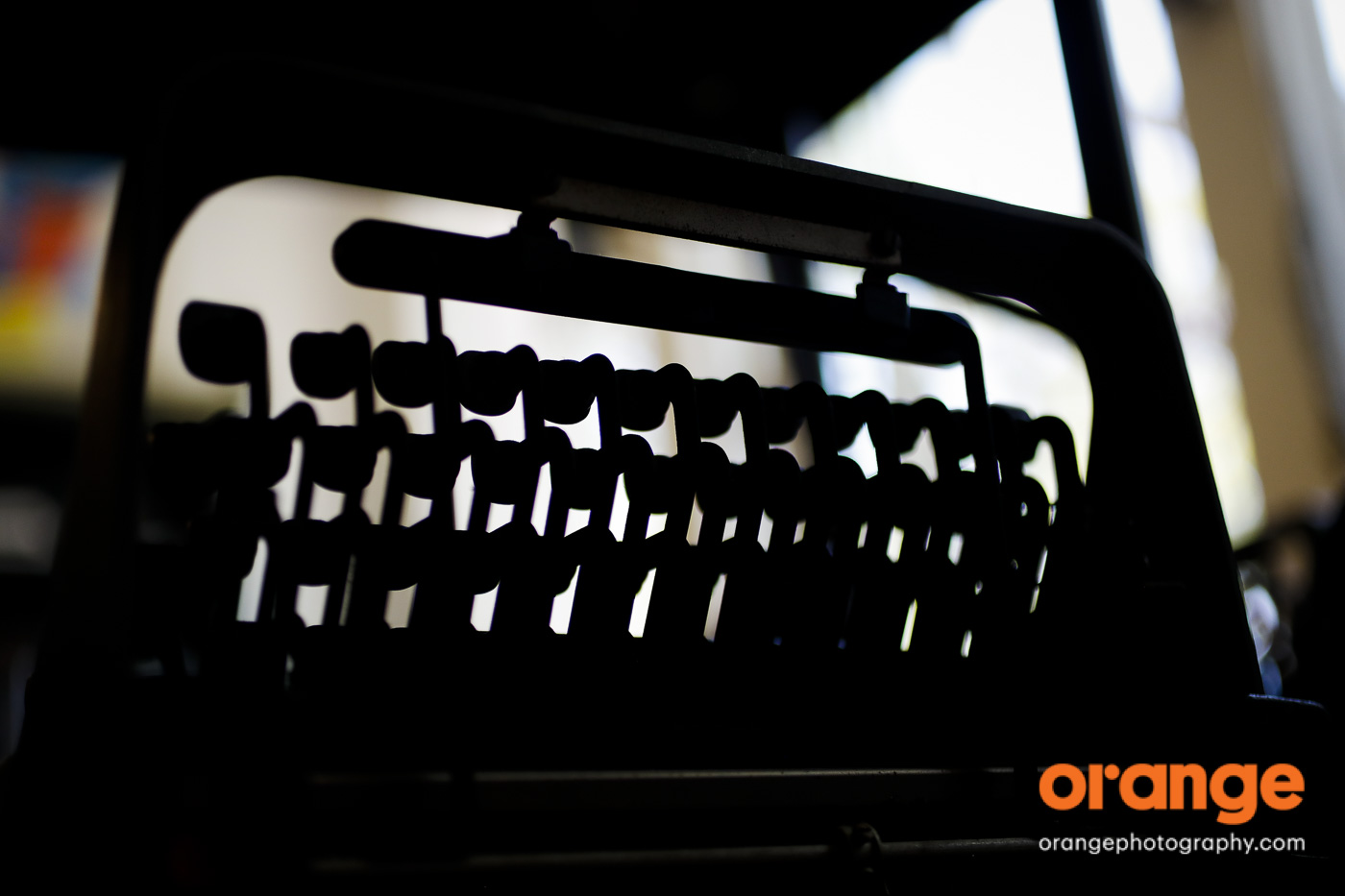 Recently I checked out an excellent documentary called California Typewriter.  The title alone piqued my interest as a user of the old school technology, and as it turns out, a friend, Silvi Alcivar is also in it as she does typewritten poetry on demand.

The documentary focuses on what the typewriter means in today’s more technological age, and also focuses on a shop in Berkeley which does typewriter repair.  After watching the documentary I was inspired to type up a few postcards and letters and realized I should probably have my typewriter checked out.

I called up California Typewriter and talked to Carmen Permillion who told me to drop by anytime so I lugged my Olympia that my dad gave to me years ago (and which he used while at University in the late 60s and early 70s) over to Berkeley.

Ken Alexander, their top notch typewriter repairman took a look at it and told me it looks like it was made in the late 1960s. 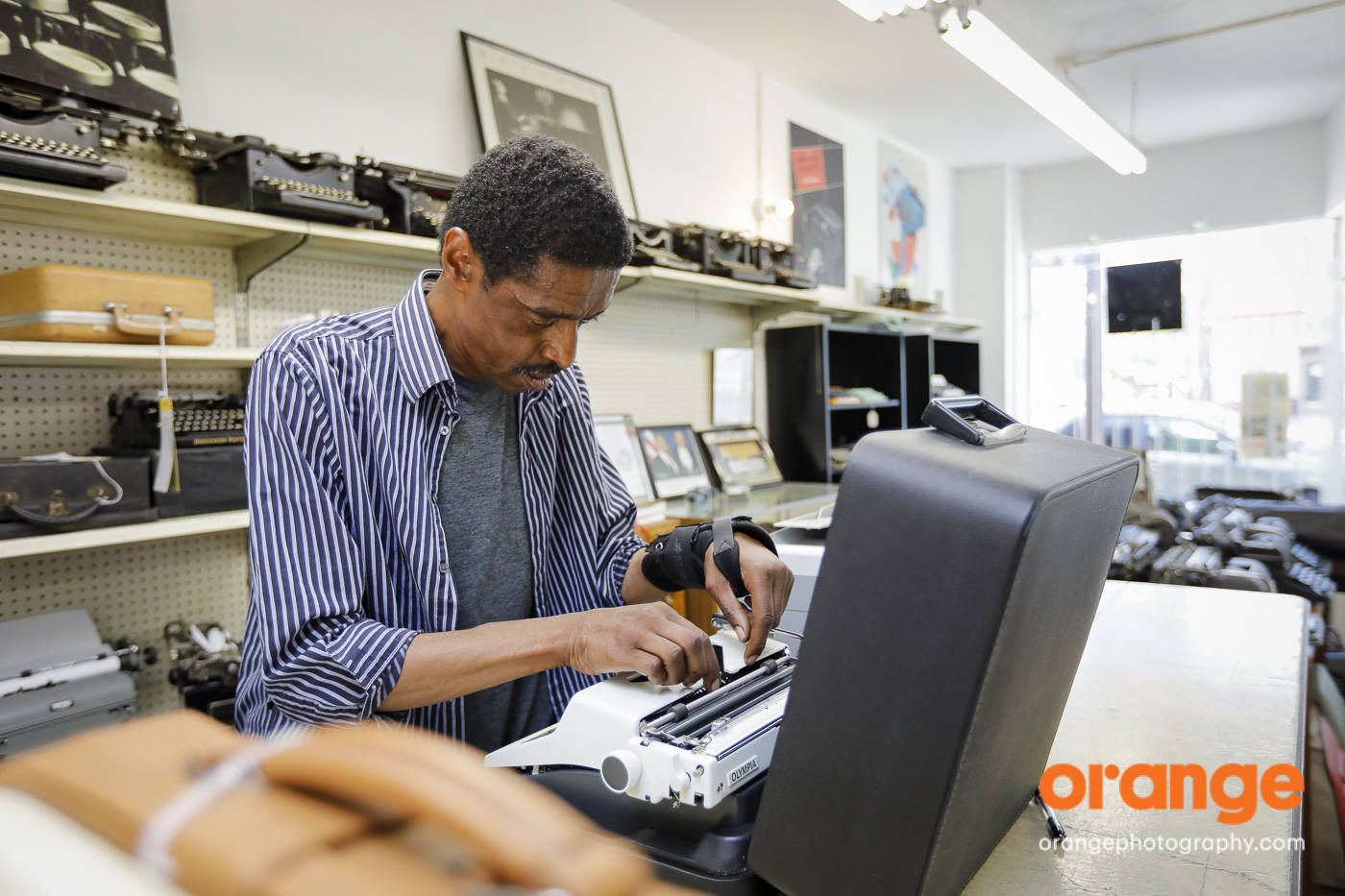 Alexander noted that the Olympia’s are really well made and that he rarely has to replace parts on them – fine German engineering!  On my 40+ year old one that I brought in, he fixed the improperly spooled ribbon (my fault, doh!) and then cleaned it up and that was about it.  It’s a workhorse for sure – he said it would likely have another 40 years in it easy!

Permillion noted that often people are surprised that a general tune-up starts around $100 or more.  But like any craft, the value of the expertise is something people often forget.  Like a good mechanic who has years of experience and knowledge that can figure out a problem quickly and resolve it simply, there’s a lot of value in that, but people often forget that – especially with technologies that aren’t as prominent any more.

I’ve seen this in pinball repair as well, but the pinball community seems to know that there is a lot of value in an experienced technician.  That’s probably because many of them tinker with their pinball machines trying to solve the issue and failing and ultimately calling in a pro, while for typewriters, people probably don’t dig into the guts of one as much.

Going behind the counter to check out the work bench was interesting to see all the tools laid out.  While at some level a typewriter is just a mechanical object, it’s all got to work smoothly to be useful and in fine working order.

In the end, I was able to take my typewriter with me after I finished shooting around the shop and chatting more with Permillion and Alexander and two other folks dropped by perusing the wares while I was in there.

If you’re interested in picking up a nice working typewriter or have one of your own that needs some love, I’d suggest dropping by California Typewriter and supporting this awesome local, independent business!

See more photos from California Typewriter in this gallery or hop on over to their website! 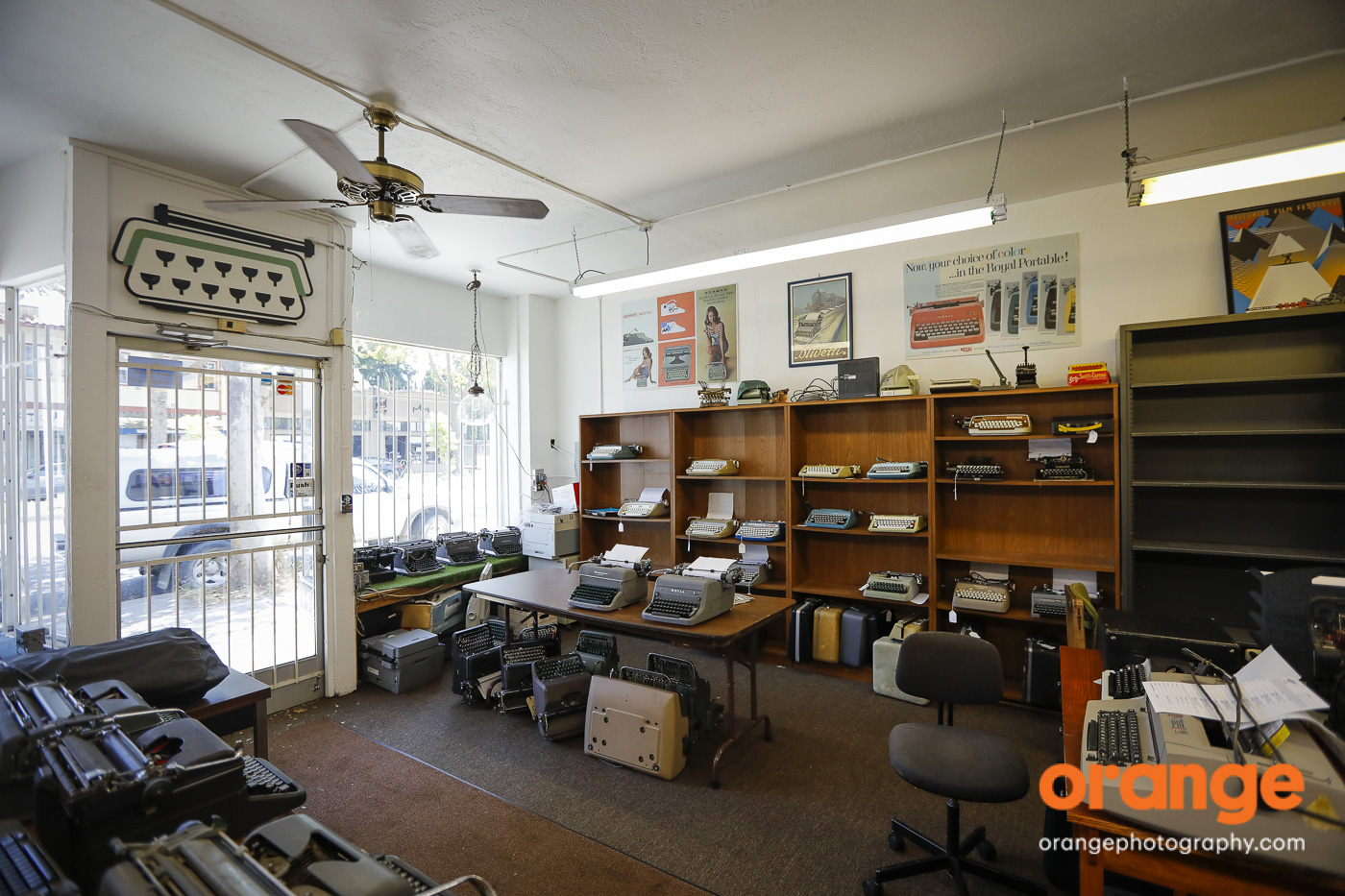