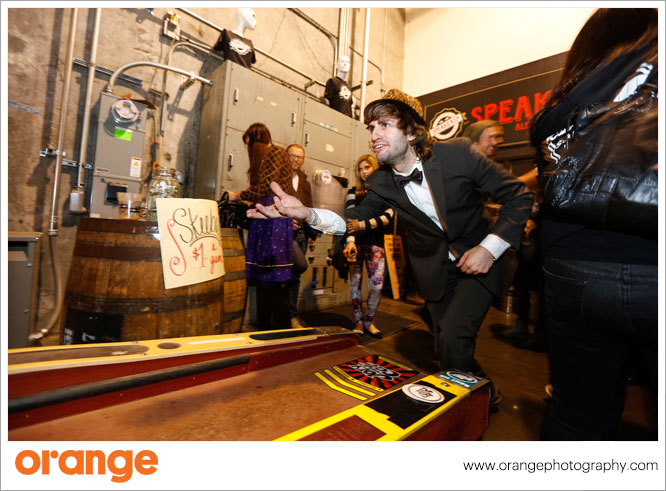 We do a ton of holiday parties each year and of course our studio booth and photo booth options are always a hit but we’ve also got to see a lot of different other holiday party venues and ideas that people have for their holiday parties and thought we’d showcase a few of the things we’ve seen.  One of the things for smaller companies is being creative with their venues.  This year, December has a weird configuration of dates and many of the larger venues have been booked up since early this year.  This means that even some of the smaller venues are getting booked up so people are having to be creative.

At Orange, a few of us are big pinball fans and one venue over in Alameda that’s recently expanded is the Pacific Pinball Museum.  It’s now got an events room as well as the rest of the space that’s all included in a rental.  You can have your own catering and DJs (or photo booths!) and also enjoy playing the games throughout the museum.

If you want games at your event you can have a company like T-Minus One help you out.  They can provide video games, pinball and more.  We talked to one of the owners, Andy Kuntz, and he had some great info on some trends and ideas.

“It really depends on the customer and what their event is. We’ve catered to just about everything. We even did an employee party at a funeral parlor once. I would say that that things most customers are interested in, on average, are the things that they can’t already experience on their home consoles. Things like sit-down driving games, skee-ball, electronic dart boards, shuffleboard, photo booths, air hockey, foosball, skiing, snowboarding or skateboarding simulators, pool tables and pinball machines.”

“Again, it just depends on what the client wants. We’ve rented games to various racing events at the Sonoma Raceway and to the San Jose Grand Prix (when it was still in existence). Obviously, they all wanted driving games. We’ve done 40-year-old’s home birthday parties that were all arcade classics. We did Lucasfilm‘s Christmas Party and they wanted “snow themed” games so they got skiiing and snowboarding simulators, a Chexx (bubble) Hockey – (sort of a winter sport) and two Skee Balls that we converted to be “Ski-Balls” by covering them in white and blue, hanging fake icicles on the sides, making new custom marquees and then hanging criss-crossed skis and poles above them.”

“We never thought we could actually rent home consoles but people started calling for them. Corporate events sometimes want Nintendo Wiis and are more than willing to pay the money to have some one else lug the big screen TVs, the furniture to put it on, supply a bunch of games with the unique controllers and to hook it all up. Sometimes big events call for making a big splash. I think it was Cisco who once wanted something like 12 pool tables. That was a long day involving many trucks,” he says.

Skee-Ball can also be rented from Joey the Cat, who’s also a Skee-Ball National Champion (as shown in the first photo up top) and Video Amusement also does pinball and video game rentals.

Another option (more targeted for home use, but that could also work in the events industry), is what All You Can Arcade is doing. 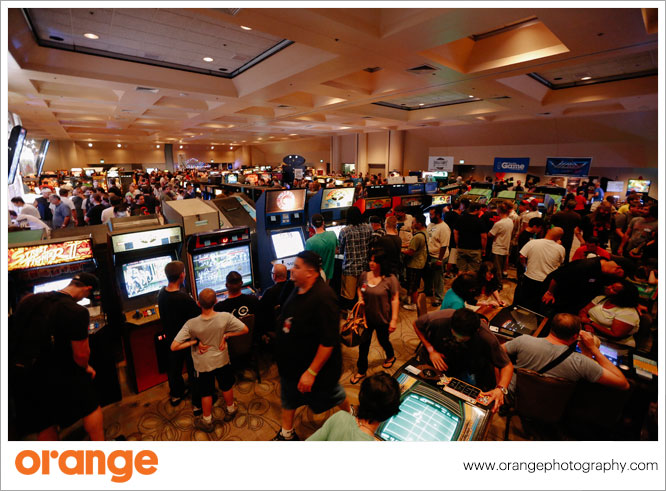 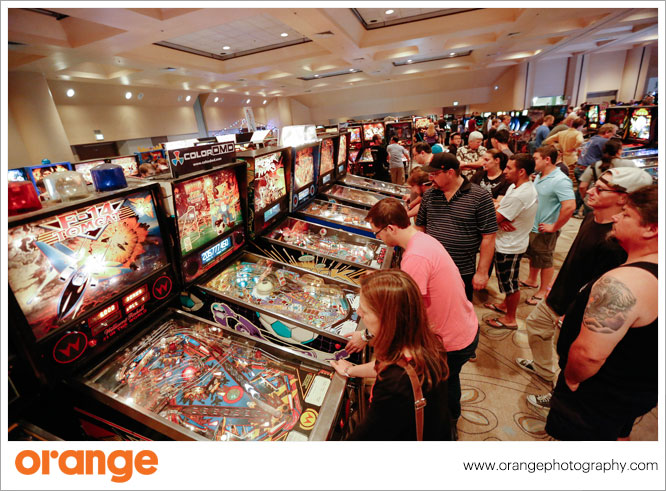