The difference between control and spontaneity 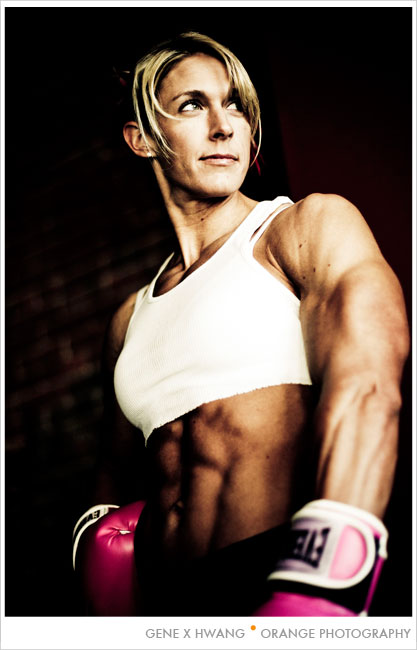 So I couldn’t really decide on a single image so I thought that using two worked because it reflects a lot of the type of work I do as well as my approach.

Just recently I had this exact situation of control vs. spontaneity face me.  A commercial shoot for a new startup hired me to shoot a new ad campaign image for them the day before the shoot.  Usually I like to have more time to think things through and have ideas for what we’re going to be doing, but in this case it just wasn’t possible due to time frames.  We finished booking and finalizing things around 10pm and we shot at 10:30 the next morning on location.

This is a common dilemma all photographers face: how much control you can exert vs. how much creative latitude you have.  Typically I like to shoot more spontaneously than having total control but you have to embrace both to succeed.

My “control” image is of Shawna Walker (above).  This was a test shoot I did in our studio based on some ideas she had and led to a book cover shoot.

To create this shot, I knew we wanted it to be all about her, showing her in a powerful manner but not overly intimidating.  I didn’t diagram out the shot so I can’t quite recall exactly how we lit it, but I am pretty sure I had a large softbox that lit from the right side of the frame as the primary light source.  I didn’t want to use any edge lighting as I wanted it to still have a somewhat organic feel like she could have been in a old school boxing gym.  Hence the faint texture of the distressed brick in the background.

Sometimes I want to show the background more but in this case went with keeping it dark (the levels were pushed down for the wall in post).  I also wanted to make sure that both pink boxing gloves were noticeable since those were what Shawna brung and wanted to highlight as well.  After we got the right shot, in post I flattened out the color saturation and  tinted it to have a bit more vintage look.  The abs, those were all her – no adjustments on my side…

Now on the spontaneous shot, this was an engagement shoot for a wedding couple of mine. 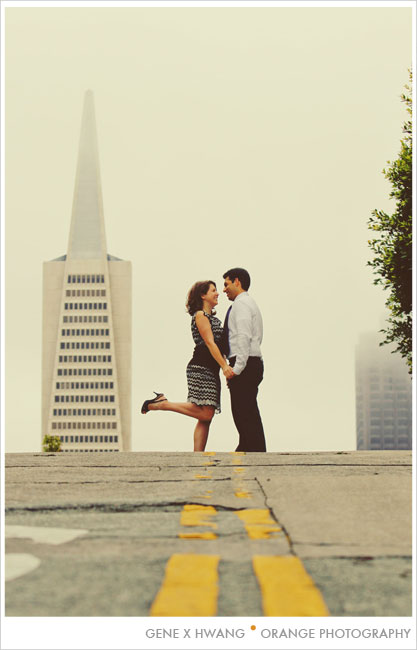 They used to live in North Beach right near where this shot was taken, but it was a typical San Francisco day where it’s not blue skies but rather a bit of fog and haze so we had to decide how we wanted to shoot and in what direction.  In this case, I had not scouted this exact location before so I had to think on my feet.

What I really like to look for is shapes.  This could be textures, alignments of buildings or the way streets flow.  In this shot, it was all about triangles was the thought that subconsciously popped into my head.  I often don’t know exactly what I’m thinking until I frame a shot in my head or in the viewfinder.  This shot I first was looking through the viewfinder standing up, but wasn’t getting enough of the yellow lines so I got down on the ground.

Luckily I often wear bright orange shoes so I had my feet kicked up just in case a car drove up on me so they wouldn’t run me over (hopefully).  That’s part of the ‘control’ portion – make sure to be prepared, even if you don’t know what for, because that let’s your spontaneity and creativity flow more when you don’t have to think to yourself “crap I wish I had ______insert equipment of choice here____!”

So now laying on the ground I could finally see the shot I wanted.  Since I was a bit far away from them, I knew I wanted to shoot at a long focal length with my 70-200 to compress the background since the Transamerica Pyramid was pretty far away.  So now the yellow lines were a triangle, the Transamerica building always is, and I had the couple kinda lean in and they were the third triangle!  I totally didn’t think about that shot until I was there, so I like to say that you should never have a fixed plan, but always be prepared!