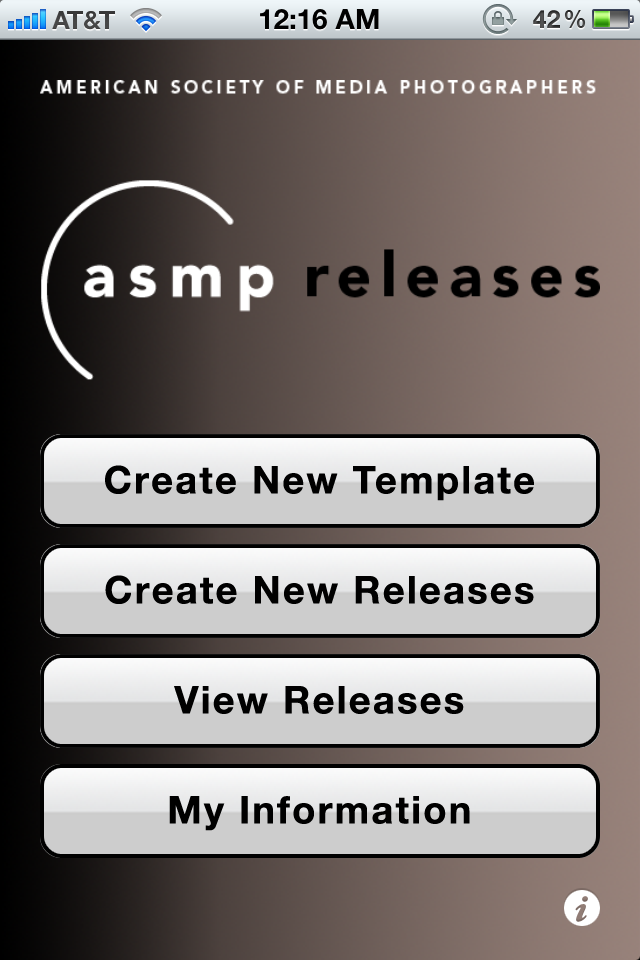 Software to manage model releases are a great tool for photographers and there are several options on the market already like Easy Release, but now ASMP has got their version out and available for free!

Anyone who’s a professional photographer no doubt is familiar with ASMP and all the great education and advocacy work they have been doing for all of us over the years.  So I was pretty excited to check out the new app they created.

So far it seems to be pretty straight forward, although it’s definitely a first rev.

There are a few minor usability tweaks I’d love to see improved such as having a “next” button so you can jump to the next field of the forms instead of having to tap into them each time you finish filling out one part of the forms.  Also, in the state field, having it automatically keep both letters as CAPS would also be nice.

We tried testing out creating a custom template but it seems that the current version of the app creates a Property Release even if you choose to create a Model release (a bug?).

The final things we’d love to see is 1) if the app would automatically save all releases (since it doesn’t do it by default) and 2) if the photo that can be taken with the release (a nice touch) could be embedded into the PDF that you can email instead of being sent as a separate attachment.

Let us know in the comments what you think if you’ve tried it out as well as what other apps you like for model/property releases!