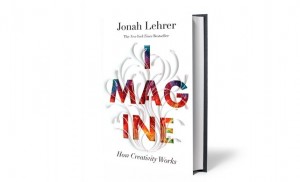 Imagine: How Creativity Works by Jonah Lehrer is a good book for photographers since it delves into creativity and inspiration and where that all comes from.

Since many photographers are also small business owners, the same creativity and inspiration is also useful for running and growing a business.

Some of the insights that came out of the book make a lot of sense and having done a lot of work with the companies and folks profiled in the book, we’ve found things to incorporate into our own studio and agency as well.

One such thing is the focus on a “Third Place” and traveling.  Most of this relates to getting out of your comfort zone, which helps to create more creative pathways to come up with better ideas/solutions to problems.  When you’re not at home or work (and hence at a Third Place) or when you travel, especially internationally, you are put into a different way of experiencing things from culture, to language and more.  When you are in this type of a situation outside your comfort zone, your mind has to work in new ways to figure things out and when it does so, inspiration can often strike.  By doing this on a more regular basis, you put yourself in situations that might offer a greater chance of thinking of new ideas.

Other chapters discuss the best way to brainstorm and generate ideas. Lehrer finds that debating ideas instead of a straight brainstorm dump works best. Criticism makes everyone better and like the Toyota thing where anyone can pull the stop on the assembly line – Jidoka – change gets affected quicker and more efficiently when you debate the merits of ideas.  The myth of brainstorming working is also debunked with stats but a key area when using debate instead of brainstorming is to only debate/criticize with “plussing” – you have to have an idea on how to fix or improve and idea when you debate it’s merits so that you’re being constructive instead of just destructive.  Also, requiring plussing means that the debater will have to think about not just what’s wrong, but also how to make it better.

Lehrer also points out that the best innovation comes from people with lots of loose connections (having many acquaintances vs. a tight-knit group of close friends) .  There’s an example of how at Pixar, they purposefully created open spaes where employees have to run into each other (all the bathrooms are in the center area).  We actually worked at the company that helped Pixar during their design of the building and although we weren’t working directly on the project, its neat to see the thought behind it.

Cities do the same thing because of the mix of people and density of folks.  You might run into a friend or meet new ones when you’re out randomly and these face-to-face interactions are key. With random folks especially, you can help spark ‘a-ha’ moments since it might be something totally unrelated to what you are working on, but because of their different perspective, that might get pathways in your brain to fire differently and give you a much better chance of coming up with a totally unrelated but useful idea or fix to something in your own business/art.  Since we do a lot with the hospitality and events/meetings industry this means that meetings and conferences are still key because they enable those ‘random accidents’ to occur and help spark creativity!

So Woody Allen was right, “eighty percent of success is showing up” – whether it’s to a casual meetup, conference, or just talking to folks on the street – you never know where your next spark of creative inspiration may come from!